Castilla y León's contribution to Spanish-language literature over the centuries has been remarkable. The great epic poem El Cantar de mio Cid (The Song of My Cid), La Celestina (The Tragicomedy of Calisto and Melibea) by Fernando de Rojas, and Lazarillo de Tormes were written in Castilla y León. Also, it was here that Saint Teresa of Ávila and Saint John of the Cross reached the heights of mysticism and poetry in Spanish. 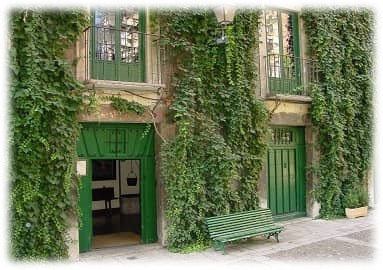 Entrance to the Casa de Cervantes in Valladolid.

Some of the most important writers in the Spanish language have been closely linked, in one way or another, to Castilla y León. To name but a few of the most outstanding: Cervantes lived in Valladolid, where his former home is preserved as a museum. Antonio Machado settled first in Soria and then in Segovia, and Miguel de Unamuno spent most of his life in Salamanca.

This journey of literary creation is palpable in the streets, which are full of buildings, gardens and references to the world-famous authors and works that have left their mark on our land. A visit to Castilla y León will delight any lover of literature, who will be able to follow the literary routes to discover these little treasures (see the website What to see and do for more information).

The creation of works by authors born in Castilla y León or who have had an important link with the region was particularly profuse during the 20th century. The following is a brief compendium of authors from this period: